Stick to what you know. That’s the advice on the many thousands of blogs and websites out there for budding writers. But it’s also why it’s taken so long to complete this post: because I don’t really know Lush.

I know of them, naturally. No one growing up in Nineties UK could fail to. But beyond the big singles like ‘Single Girl’, which cropped up regularly on the indie compilations that were a godsend to cash-strapped music lovers, I didn’t listen to them much back then.

The lack of a Lush-loving friend to hand over taped albums or burnt CDs was one reason for this failure, but mostly it was my own doing. I, like many an adolescent white British male, stuck almost religiously to bands made up of white British males. My musical diet consisted largely of Supergrass, Ash, Cast, Suede and Oasis. Perhaps a little Rialto or Super Furries to spice things up, but never straying far from the staples.

It wasn’t racism at work, nor misogyny (I didn’t even know what that meant as a teenager); rather, it was that little glimmer of hope these bands offered. The belief that, with a little bit of luck or a slightly  different set of circumstances, it could have been me up there. Young Brits were forming bands seemingly by the week; the odds of ending up in one were better that they’d ever been.

Having talent helped, of course, but, musically at least, I did: it was just channelled in the wrong direction. Thus, to this day, the only band I have ever played in is of the brass variety. (The criminal underuse of the euphonium in rock music is a subject demanding of its own blog post).

Lush had talent too, oodles of it, but I could never have been in a band like that. They were edgy, punky; they had the swagger and attitude that comes with growing up in London. ‘Ladykillers’ is one of the wittiest, sharpest tracks of the decade, but just listen to those lyrics. In a little over three minutes, lead singer Miki Berenyi – she of the incarnadine-hair and Bond Girl ancestry – ruthlessly (and deservedly) cuts down any man foolish enough to try it on. Imagine hearing that as a diffident 16-year-old; I was too shy to even look at the girls like her at school, let alone suggest we formed a cool, euphonium-led four-piece.

Still, better late than never, I’ve got to know Lush’s music, working through their back catalogue on Spotify while writing my novel. It’s brilliant; at times like a speeded-up version of Elastica, at others more tender and vulnerable. As with other bands I missed at the time, it’s been fun catching up.

And if they want any reciprocal tips on the best brass band tunes, they know where to ask. 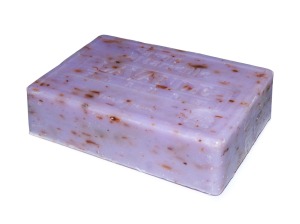